This is a documentary that tells the journey undertaken by children who retrace the steps of their Parihaka ancestors. Had worked on the motion graphics, credits and archival animation. I have worked closely with the film writer/director Paora Joseph and it’s executive producer Gaylene Preston.  The film has been a part of the NZ film Festival and has recently been accepted to Cinema des Antipodes a film festival at Saint Tropez in France. And won its first Special Award at the Balinale International Film Festival in Bali, Indonesia. 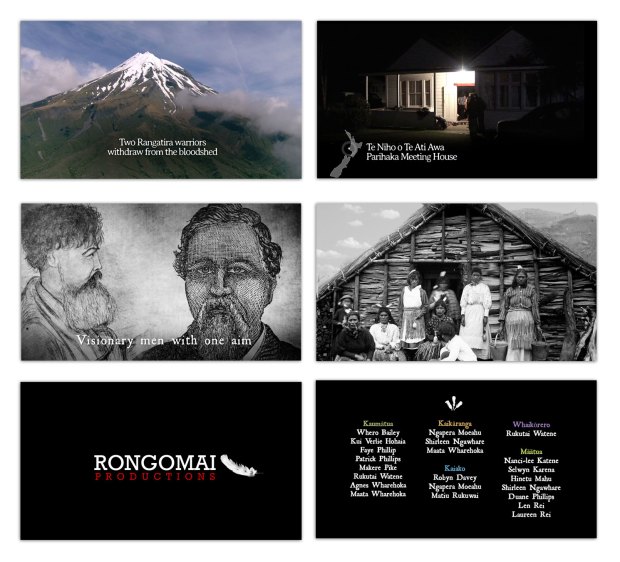 The local paper published an article regarding the Parihaka premiere. And look who got mentioned 😉